A Guide to Recognizing Your Wasps: Types of Wasps and What You Need to Know About Them 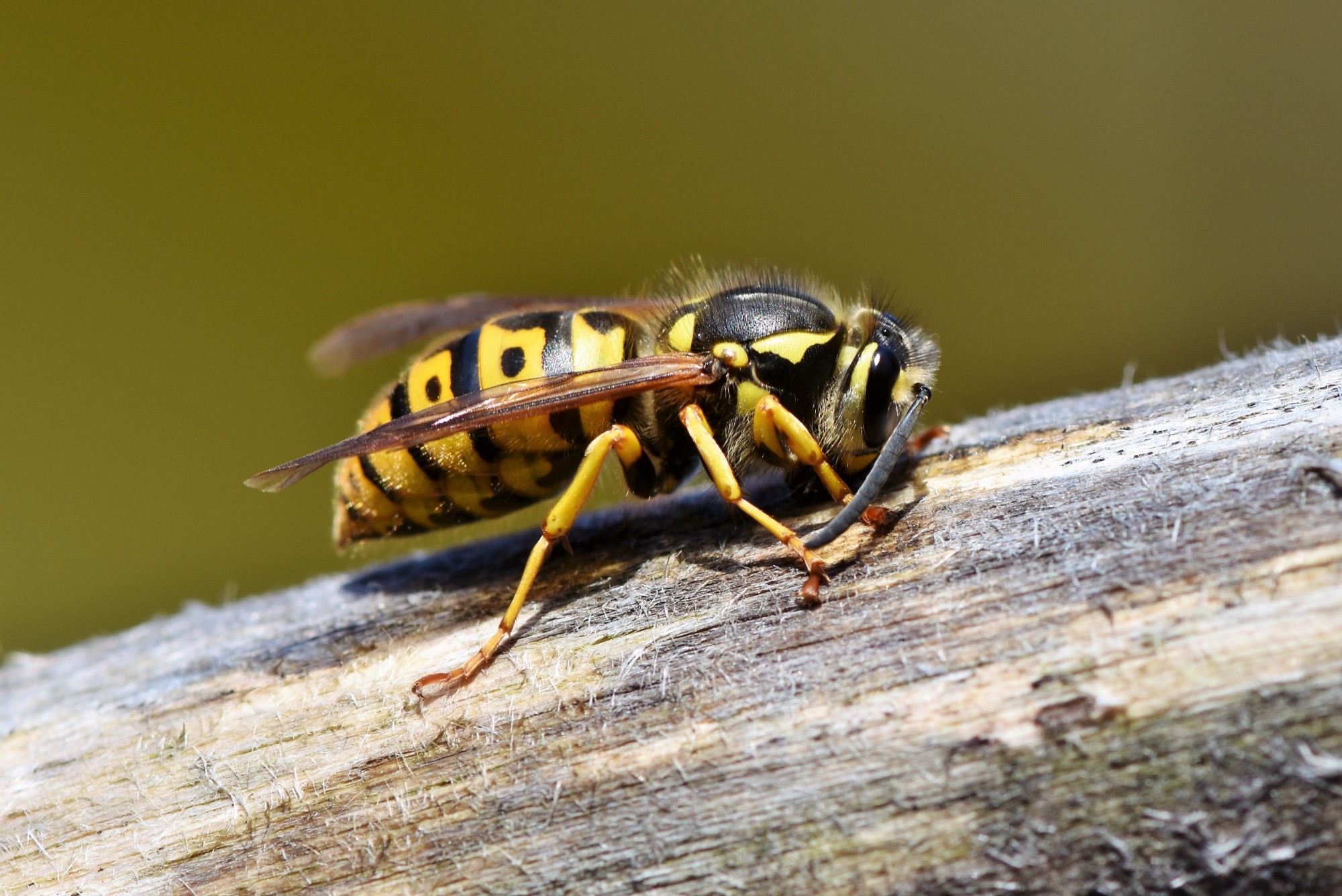 When winter fades, most of us rush outside to take advantage of the warm weather. From family barbecues to outdoor games, there's no shortage of activities you can enjoy during sunny seasons. Unfortunately, there's also a major downside to spring and summer: wasps.

As the weather improves, these pesky insects become active. During July and August, you might spot them flying around and forming nests -- sometimes even in your own backyard. In this blog, we'll go over everything you need to know about wasps, from identifying them to safely getting rid of them.

What Types of Wasps Are In Your Yard?

Did you know there are thousands of types of wasps in the United States? While this might seem alarming, you don't actually have to deal with all these variations -- in the Delaware Valley region, only a few types are likely to populate your yard. If you can identify these wasps, it will be easier to locate their nests and get rid of them. Here are five main types of wasps to look out for. 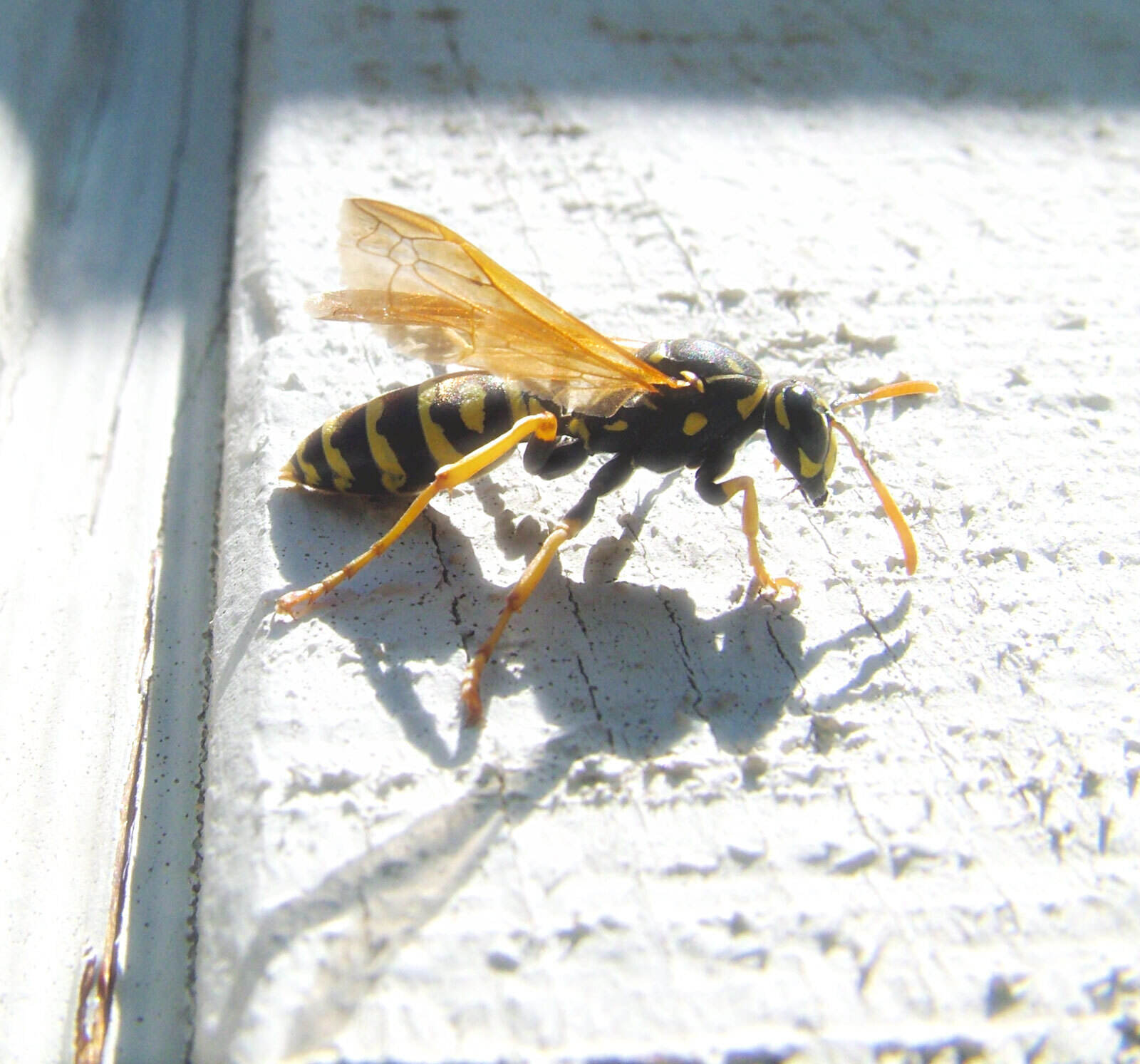 Yellow jackets are social insects that live in large colonies. They're less than an inch tall and are often mistaken for bees due to their size and coloring. Staying true to their name, they have black bodies with yellow faces and prominent yellow bands. They can be broken down into three types:

Queens are the only type of yellow jacket able to survive the winter. When spring starts, the queen will select a place to build a nest. This nest, which is made of wood fiber and saliva, may be underground, in a tree or on someone's home. Then, she will begin raising a colony of drones (which come from non-fertilized eggs) and worker bees (which come from fertilized eggs). While drones lack stingers, workers have powerful stingers and will use them if they feel the nest is threatened. 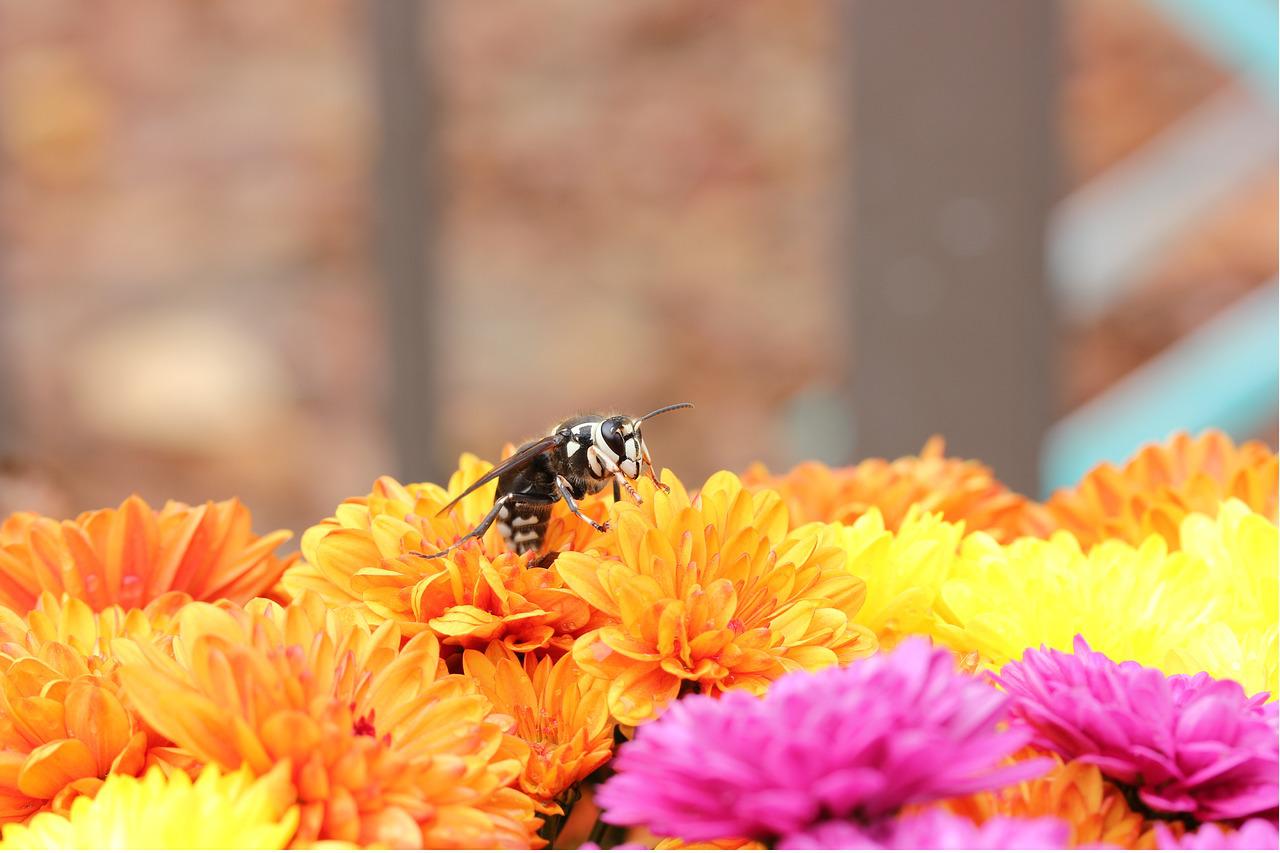 Hornets are aggressive insects that tend to be reddish-brown in color (although some hornets may be black and white, or black with yellow bodies and stripes). They share many traits with yellow jackets, such as the following:

Like yellow jackets, hornets will sting if they think their nest is threatened. Their stings are painful and can lead to serious health consequences if you have an allergic reaction. The good news is, most hornets build their nests in the air as opposed to in the ground or by homes. However, this could be a problem if you have a tree hanging near your house.

Paper wasps are semisocial insects that live in small colonies (of about 100 or so wasps) made of a queen, drones and workers. They're similar in size to yellow jackets, but have a slightly slimmer body. You can usually distinguish a paper wasp due to their six, long legs and dominantly brown body. Some may also have yellow coloration.

Like yellow jackets and hornets, paper wasps construct their nests using wood fiber. The result is a paper-like material (hence the name, "paper wasps"). Many paper wasps will scrape wood off of houses to help build their nests, which may be located in trees, vegetation or under eaves. On the bright side, these wasps aren't very aggressive -- if they're away from the nest, they're unlikely to sting unless actively provoke them. 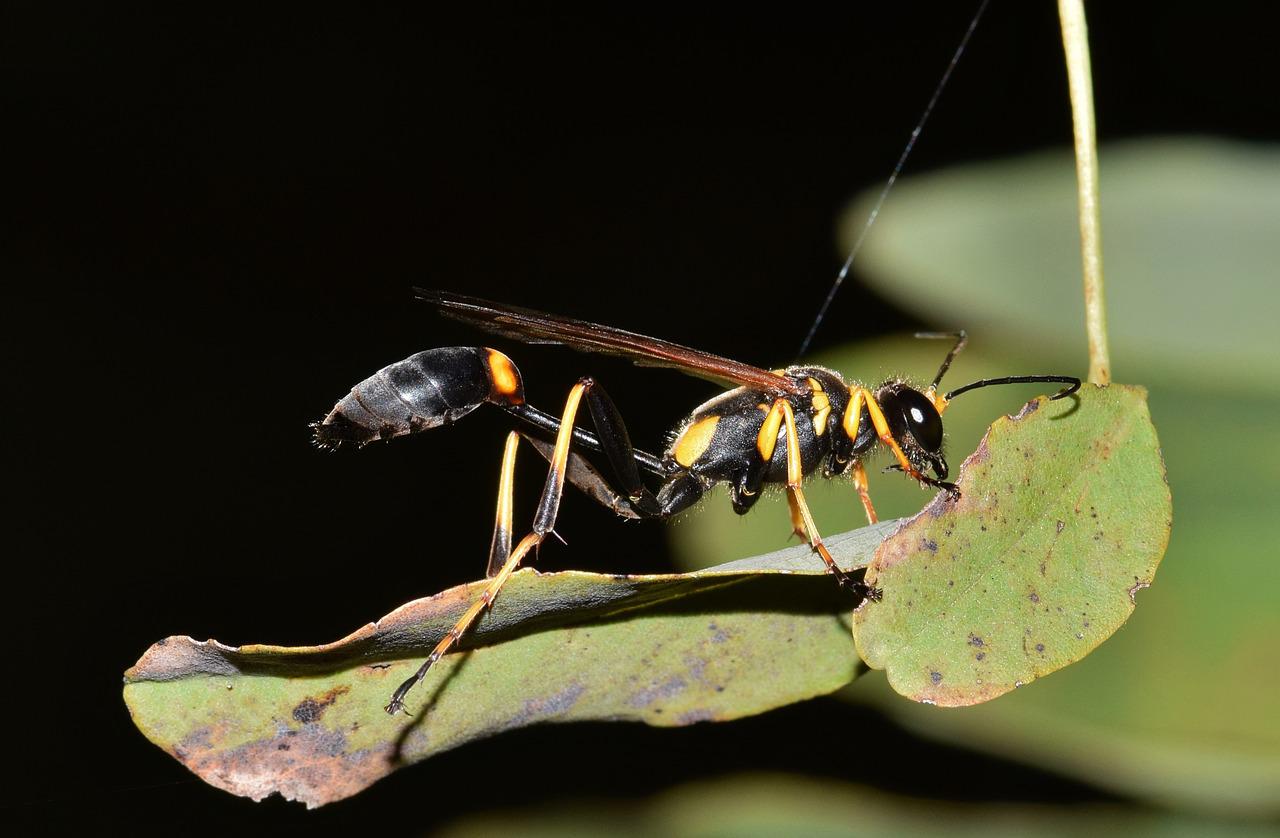 In late spring, many homeowners along the East Coast start dealing with mud dauber infestations. Recognizable by their long, thin bodies, mud daubers are usually either completely black or metallic blue. Many also have yellow or green markings. The main difference between mud daubers and the aforementioned types of wasps is that they don't live in colonies. Female mud daubers make their own nests out of mud, which may be found in the following locations:

The wasp lives in the nest by herself and generally won't sting to defend it. However, she may sting if provoked. 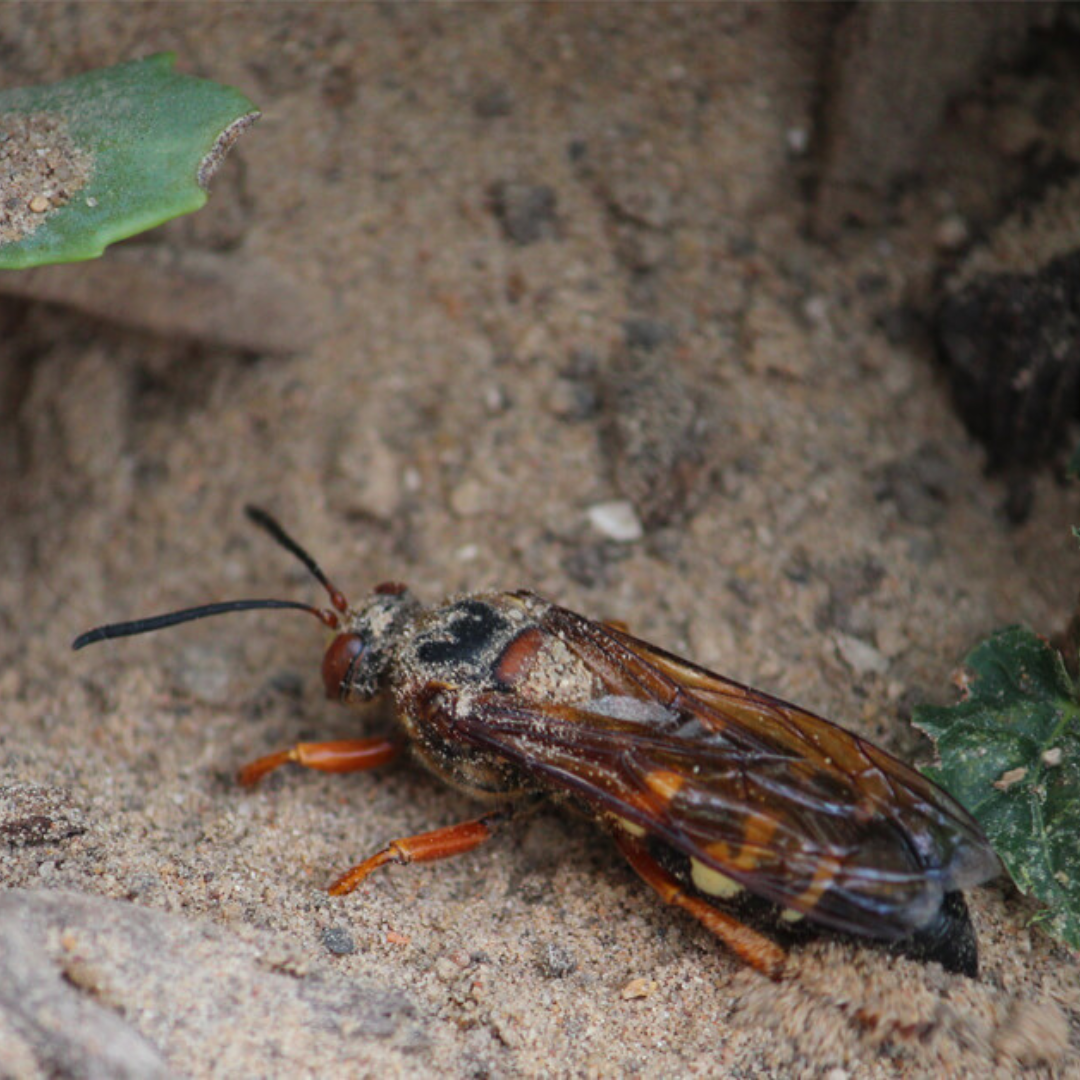 Cicada killers are black wasps with brown wings, yellow markings and reddish-orange legs. Like mud daubers, they're solitary creatures -- the females build their own nests and work largely by themselves. However, they may choose to live around fellow wasps. Most cicada killers will dig into the ground to form a home, although some may take residence in gaps found in walls.

The name for this kind of wasp comes from their preferred meal: cicadas. Females will paralyze the insect, then drag it underground and lay eggs. When the eggs hatch, the babies will feed from the cicada. While they may attack other insects, cicada killers tend to avoid humans and rarely use their stingers on people.

What Should You Do If You Notice Wasps?

If you spot wasps in your yard, it's important not to ignore the issue. Whether they're yellow jackets or mud daubers, they have the potential to sting you and your family members (especially if their nest is near or in your home). While some stings can be treated quickly, others may cause allergic reactions that require hospitalizations.

If the nest is small, you may be able to get rid of it on your own. However, in most cases, the safest solution is contacting a professional. At Viking Pest Control, we have years of experience in helping New Jersey and Pennsylvania homeowners keep their homes wasp-free. No matter what type of wasp you're dealing with, our award-winning team will get the job done in a safe, sustainable manner. Get a free estimate today!