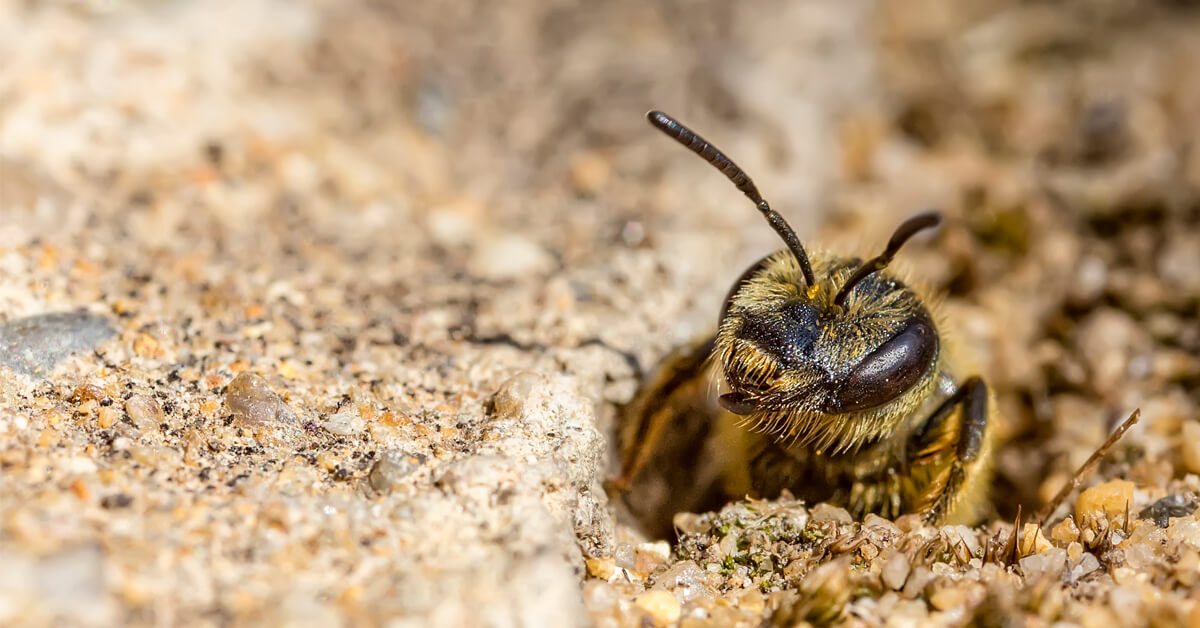 The simple statement, “Too much of anything is a bad thing,” proves to be true in New Jersey as some residents are having a huge problem with miner bees. Miner bees are also referred to as digger bees. These solitary bees nest in burrows in the ground. A solitary bee, unlike social bees, does not live in colonies that are controlled by a single queen. With miner bees, every female is fertile and reproduces. She will dig an individual burrow for the purpose of reproducing and raising her own babies. Under normal conditions, mining bees are not aggressive and do not make it a habit to sting people.

The female mining bee stays busy building her nest, providing the nest with pollen and nectar and then lays her eggs. This is so different from the honey bee colony. Miner bees have no workers and do not produce honey. However, they are beneficial in other areas.

Pollination is essential to the health and producing abilities of flowers and crops. Unlike monolectic pollinators who only pollinate from one species of plant, Miner bees are oligolectic and pollinate several different varieties of plants and crops. It is not recommended, under normal conditions, to use chemical treatments as control measures to remove miner bees. Their important role as pollinators along with their lack of aggression lends to their need for survival.

Miner bees, even though they don’t live together in a huge colony, could be considered as somewhat social. As previously stated, the females raise their young alone, in their own burrow. However, they have their own little commune of burrows in close proximity of each other and even share food sources. This system of several burrows in one location is considered by some gardeners to be beneficial in keeping the soil loose and aerated. Rarely will a miner bee sting an individual unless they are stepped on or become trapped in one’s clothing. Nonetheless, an excessive amount of mining bees in one location can pose problems with children playing in the yard. The sound of large numbers of bees buzzing around can make anyone feel uncomfortable regardless of how non-aggressive they may be.

Some residents of New Jersey have been experiencing problems with an excessive population of miner bees these last couple of weeks. Having small children and pets playing in the yard has caused these residents to search for solutions to control the heavy infestations.  If you’re dealing with these ground bees and need a little help, contact Viking Pest Control today!