HOW TO TELL IF A RACCOON HAS RABIES 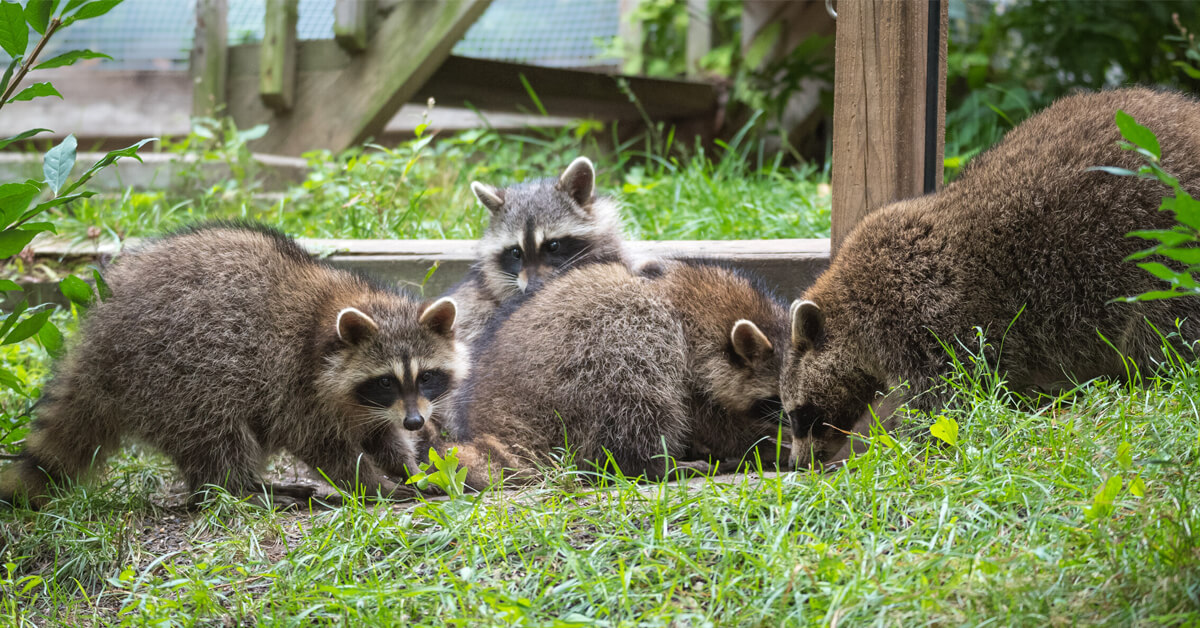 Although raccoons are adorable little creatures, with their little, masked faces and tiny human-like hands, they are far from harmless. When raccoons take up residence inside your attic spaces and wall voids, they can be very difficult to remove. They settle in, get established, have babies, and are not inclined to be put out of “their” home. There was one case reported where a new homeowner heard noises in her walls, so she called a roofer who came and sealed up several good-sized holes in her roofline. The problem was this was during the day when several raccoons were asleep in her attic. After being sealed in, they began looking for a way out and ended up chewing a hole through her tenant’s kitchen ceiling. As you can imagine, this scared the tenant half to death.

While this occasion was certainly a reason to be scared, there is another problem with raccoons that is far more frightening, and that is when raccoons are rabid. In the first half of 2014, New Jersey had 107 terrestrial animals confirmed to be infected with rabies. The largest numbers of raccoons with rabies were in Burlington and Monmouth counties. In Burlington, 18 raccoons had rabies, and in Monmouth there were 16. As these numbers rise, it is becoming more important to recognize the signs of rabies infection.

Signs of rabies in raccoons:

If a raccoon has contracted the rabies virus, there are several behaviors they will exhibit.

If you observe a raccoon exhibiting any or all of these behaviors, do not try to approach the animal to chase it off or capture it. It is highly dangerous in this state, and highly unpredictable. If you or a pet has been bitten by an apparently rabid animal, seek medical attention immediately.

Whenever a rabid animal is found on your property, it is imperative to call for wildlife control right away. Rabies can be deadly. Here at Viking Pest Control, we have been helping homeowners take care of a large number of pests, including raccoons, since 1980. Don’t think that raccoons are just cute fuzzy friends; they can be dangerous, even if they do not have rabies.