HOW TO TELL DIFFERENCE BETWEEN BEES AND WASPS 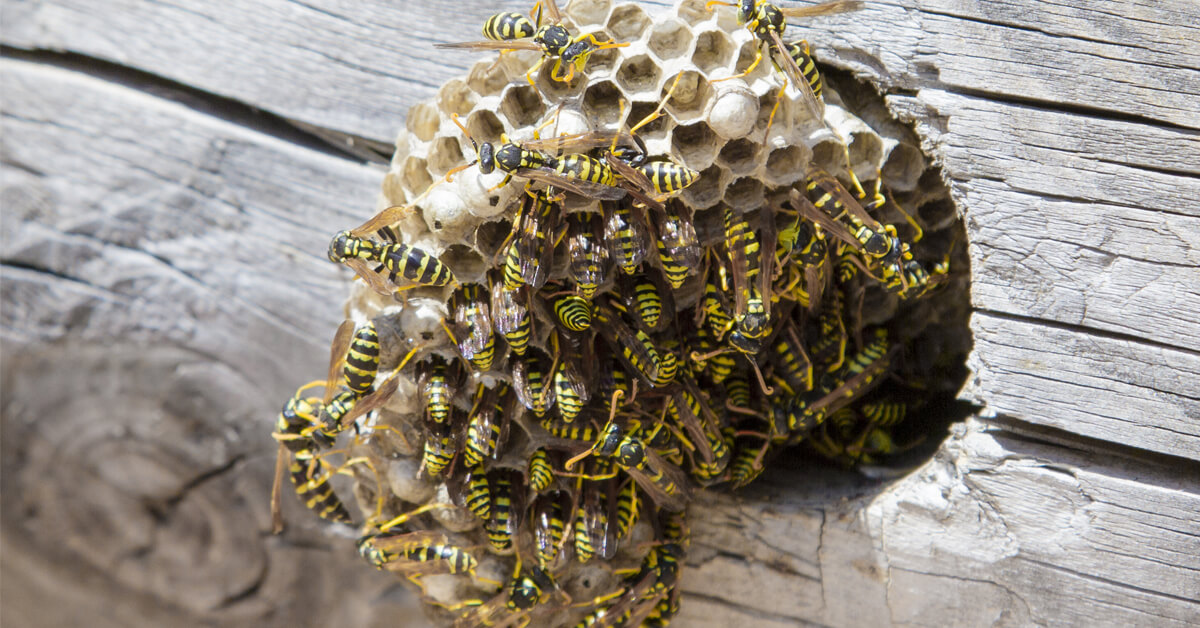 When it comes to identifying bees and wasps, people are easily confused. Several species of bees and wasps are of similar size and share similar black/brown and yellow markings. Because of their stinging nature, when their distinctive buzzing is heard, few people take the time to notice the fine points that differentiate these two stinging insects. Usually people are more concerned with getting out of the way to avoid a sting.

Despite the fear of being stung, most bees are fairly docile unless directly attacked or protecting their hive from imminent danger. Wasps, on the other hand, are more aggressive and are more likely to attack just because someone got too close to their nest or some other minor transgression. Some wasp species, most notably yellow jackets, will attack without provocation, according to the pest control experts. Knowing whether the buzzing you hear is coming from a bee or a wasp can help you determine whether the insect has merely mistaken your cologne for a flower and will soon wander off or is zeroing in for the attack, stinger at the ready.

While bees and wasps share a common ancestry with ants, there are several distinct differences that allow pest control professionals to accurately determine which stinging insect is causing problems for homeowners. Here are some helpful tips from the local extermination experts at Viking Pest Control to allow you to better differentiate between bees and wasps:

So, the next time you’re outdoors and you suspect that buzzing sound is coming from some type of stinging insect, take a good look (without getting too close!) to determine what kind of insect you’ve encountered. Try not to swat at it, just in case it’s a yellow jacket! Swatting is a good way to get stung because it causes wasps to become even more aggressive. If you think you have a bee’s nest or wasp’s nest on your property in New Jersey, Pennsylvania, Delaware and the Eastern Shore of Maryland and you are concerned, call in the pros at Viking Pest Control!


Call Viking at 800-618-2847 to learn more about bee pest control and extermination services, or get a fast, free quote online today!